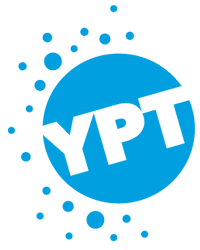 × Disney’s BEAUTY AND THE BEAST
Music by Alan Menken, Lyrics by Howard Ashman & Tim Rice, Book by Linda Woolverton
Originally Directed by Robert Jess Roth
Originally Produced by Disney Theatrical Productions
Directed by Allen MacInnis
MAINSTAGE | Nov. 6-Dec. 31, 2017 | Recommended for ages 5 & up
YPT’s production of the much-loved Disney musical showcases the heroine of the story, the smart and independent Belle, whose sacrifice to save her father brings her into contact with a dreadful beast. While trapped together in an enchanted palace, both the bookish beauty and the cursed beast come to see in each other what no one else can – their true and authentic selves. is filled with unforgettable characters, lavish sets and costumes, and dazzling production numbers including “Be Our Guest” and the beloved title song.

Buy To This Event Directions